Normally the integral means an area. It is true in some cases, the number that we get when we evaluate an integral represents an area. The Riemann sum represents the total area of a number of rectangles. If we increase the number of rectangles, they will cover the region between the graphs. However, they will cover the horizontal axis too. In this case, the area of the region is equal to the limit of the Riemann sum. Now that limit is precisely the integral of the function over the interval. So, in this case, the interval is an area. 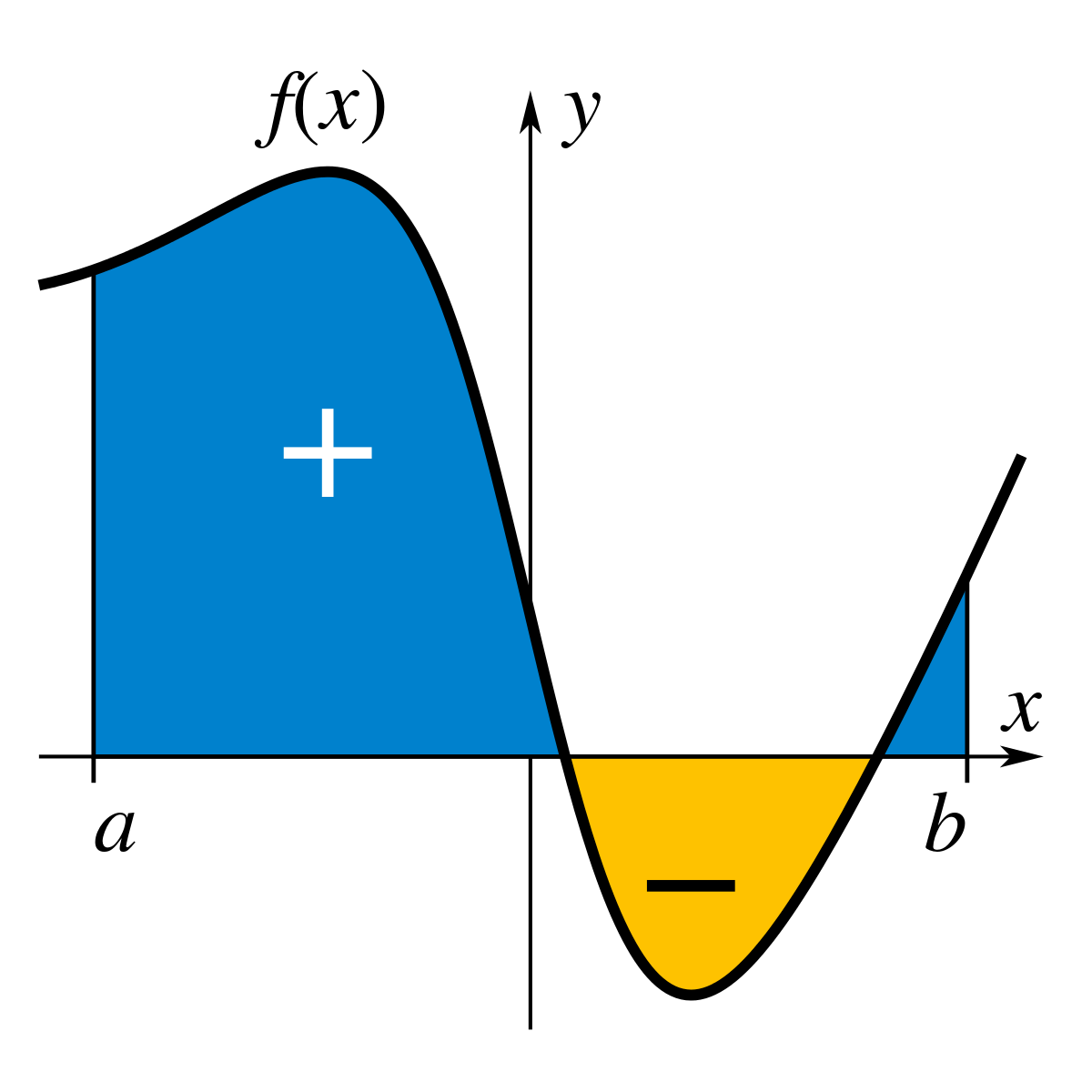 But in general, it is different. Problems arise when the function becomes negative at certain points. However, at points where the function is negative, the corresponding terms in the Riemann sum will also be negative. However, the Riemann sum represents the total area of the rectangles above the axis minus the total area of the rectangles below the axis. The graph, the horizontal axis, and the lines x= a, and x= b enclose a region. Now, the integral represents the total area B of the part above the horizontal axis minus the area A of the part below the axis. Next It is the signed area of the region. So, the actual meaning of integral is the signed area of the region enclosed by the graph.

Cosine squared x is the same as one-half the quantity one plus cosine 2x. Now we are reducing the square. So we will pull that one half out front. Then we can factor constants out of integrals, and this will be the antiderivative of one plus cosine of 2x. Now, this is something that we can actually anti derive. We have a one-half; the antiderivative of one dx is simply x. Now, the antiderivative of plus a cosine is plus a sine. However, If we were deriving, we would have to multiply by two by the chain rule. Next, we need to divide by 2. However, that only works when it’s a constant time x on the inside. An indefinite integral deserves plus c. 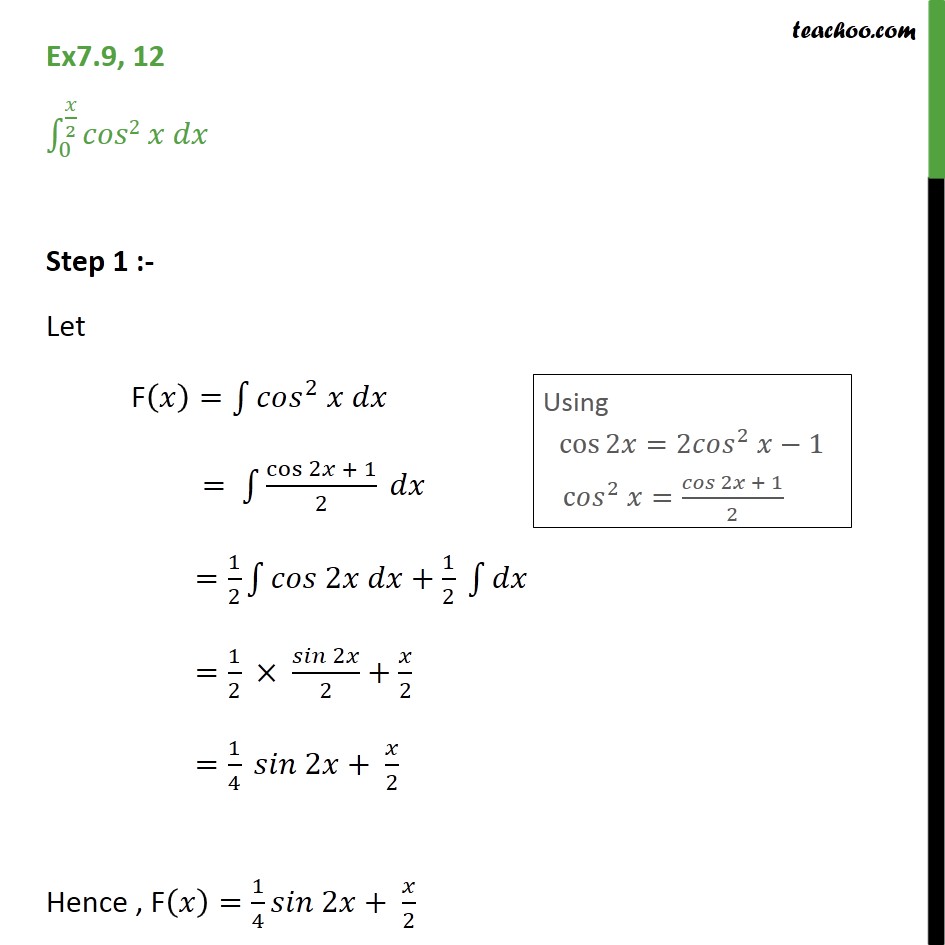 Integral of cos^2x from 0 to pi

Cosine square is the same as ½ times one plus cosine of 2 thetas, and this is going to be much easier to integrate. Now the ½ will be inside, but then the number we can bring that outside one-half integral 0 is over 2. Next, it will be just one plus cosine two theta d theta, and then we can integrate this. However, the ½ sits on the outside and opens the parentheses. Then, the integral of 1 theta in the theta world plus by the sine and inside the states, it is two thetas. Now we have to divide it by two. At last, the answer is π/4. 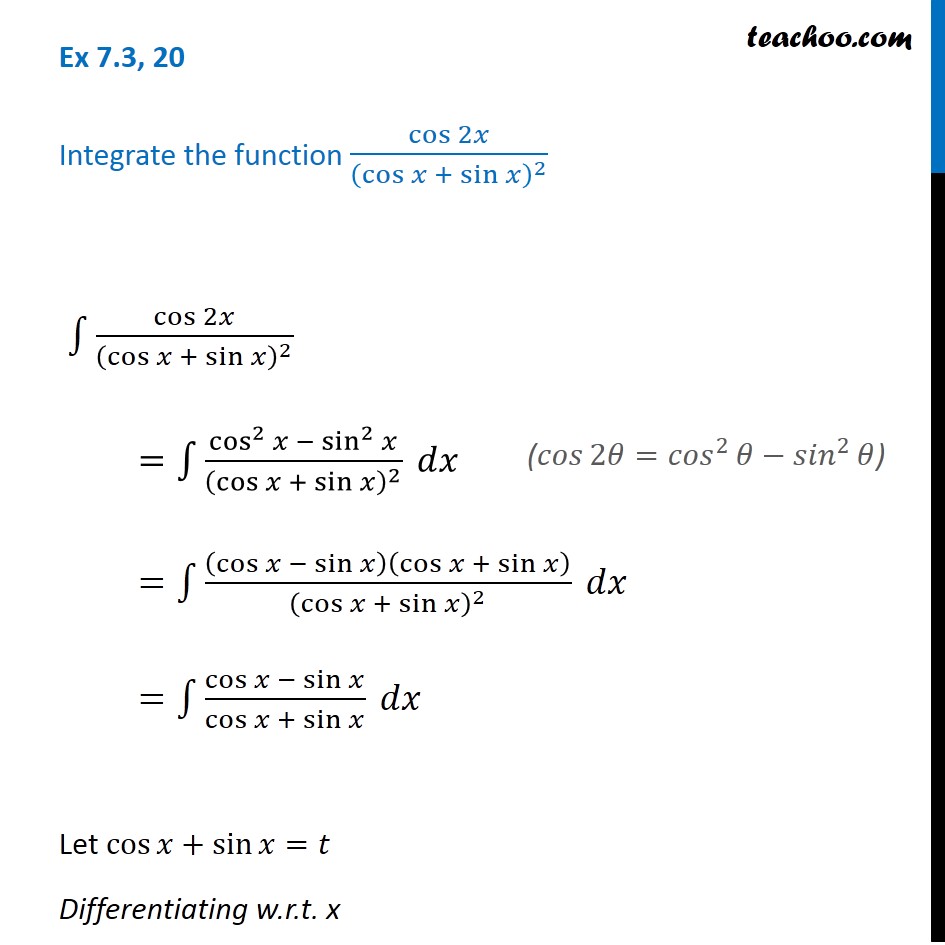 What is the Antiderivative of COSX?

SinX is the antiderivative of cosx.

What is the integral of cos 2x sin 2x DX?

What is the formula of sin2x?

What is the derivative of cos 2x?

What is the tan2x formula? 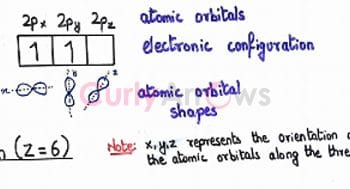 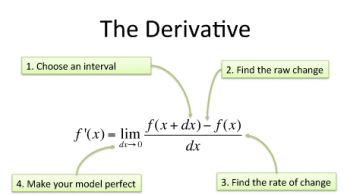 What Is The Derivative Of In x? Get All Your Answers Here 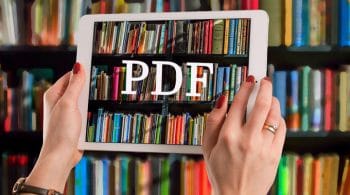 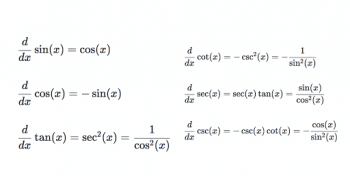